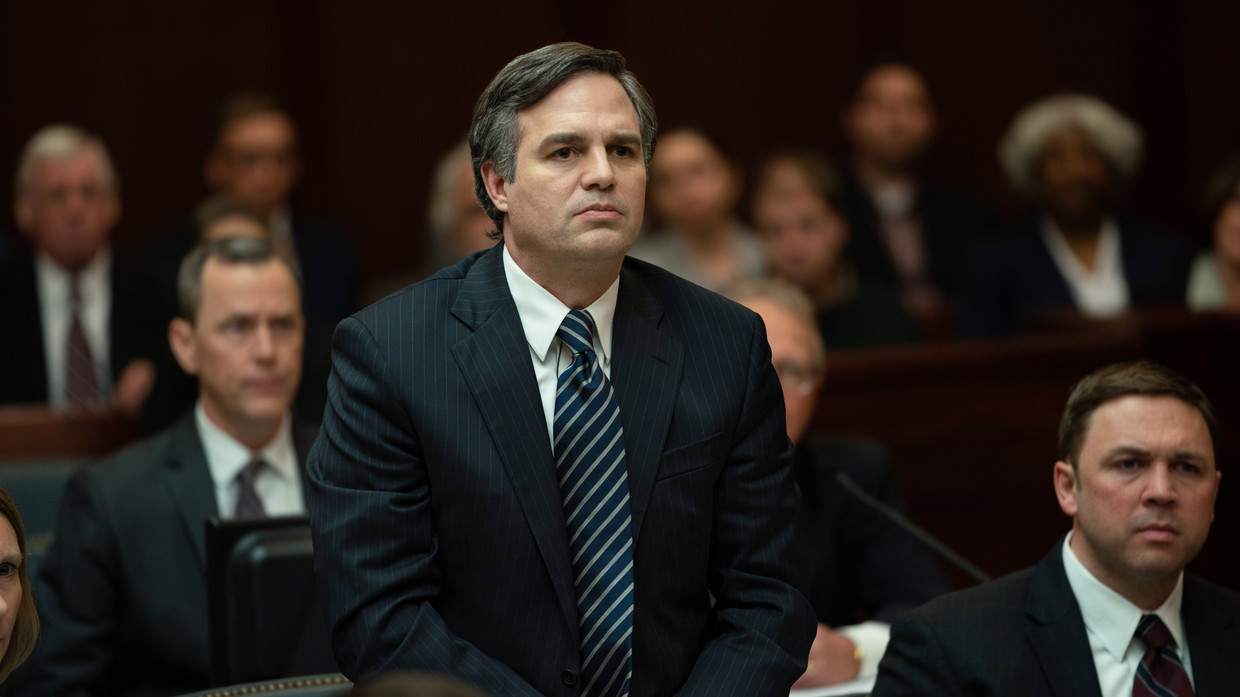 Attention: due to the rising number of corona infections, this activity is postponed.

The presence of PFAS in our environment has a major social impact. The film Dark Waters (2019) tells the true story of a lawyer who puts his career on the line when he takes on the chemical company DuPont that discharged similar substances in America. After the film, experts explain the Dutch context, followed by room for discussion.

Dark Waters tells the shocking true story of attorney Rob Bilott (Oscar® nominee Mark Ruffalo), who has just become a partner at a prestigious law firm. As a corporate lawyer for various large chemical companies, he has already earned his part and thus secured his future.

When he is approached at work by a West Virginia farmer, who claims that toxic waste is being dumped on his land, ruining the crop and killing the livestock, he becomes entangled in a personal conflict. Hoping to uncover the truth, Bilott eventually files a complaint against chemical company DuPont. He understands the need to fight for justice for a community that has been exposed to deadly chemicals for years.
It’s the beginning of a 15-year battle against the chemical company, putting not only his career and reputation on the line, but also his relationship with his wife Sarah (Oscar® winner Anne Hathaway) and his own health.


Please fill in the information below, if there is a registration fee you can pay it directly. After payment your attendance is final.

Oops! We could not locate your form.